According to a paper published in BMJ Open, annatto tocotrienol’s potential anti-obesity effects are to be evaluated in post-menopausal women. The study design aims to assess the safety and efficacy of tocotrienols for lipid-related parameters in obese postmenopausal women. The six-month randomized, double-blind, placebo-controlled trial will be conducted at Texas Tech University Health Sciences Center and will utilize DeltaGold® annatto-derived tocotrienol by American River Nutrition (Hadley, MA). This will be the first-ever tocotrienol clinical trial on an obese population.

This study aims to identify the modifying effect of nutritional factors on the association between IL-1β genotypes and CXCL10 levels.

Participants (N = 386) were healthy males and females from the Toronto Nutrigenomics and Health study recruited from the University of Toronto. Levels of micronutrients and inflammatory markers were measured in plasma. IL-1β genotypes were extracted from the Affymetrix 6.0 SNP chip.

The association between IL-1β rs16944 genotype and CXCL10 levels was modified by the levels of ascorbic acid, α-tocopherol and vitamin D. These findings may aid in understanding the combined effect of genetic and dietary factors in the development of various infectious and chronic diseases in which IL-1β and CXCL10 may play an etiological role.

Placental-like alkaline phosphatase (PLAP) is expressed by many tumors and can be detected in sera of patients with various cancers. Its aberrant expression has been considered to be potentially useful as tumor marker. However, the biological background of the role of this aberrant alkaline phosphatase (AP) in cancer is still unclear. The expression of various forms of AP in cells of chronic myeloid leukemia (CML) has not yet been studied.

To analyze the expression patterns of various AP forms in cells originated from CML patients in blast crisis and to modify their expression by vitamin E.

The loss of TNAP in CML may contribute to pathogenesis of this disease. PLAP may be considered as a putative target in differentiation therapies in myeloid neoplasms. Our findings suggest the potential role of vitamin E as the inducer of differentiation potential of leukemic cells in CML.

Glutathione peroxidase 4 (GPx4) is a unique antioxidant enzyme that directly reduces the phospholipid hydroperoxides (PLOOH) generated in biomembranes using glutathione as the reductant. We have previously reported that the Caenorhabditis elegans gpx-quad mutant, which lacks all homologous genes of GPx4 has a reduced lifespan compared with the wild-type. However, the mechanisms underlying the lifespan reduction remain unclear. By monitoring the change in PLOOH production with age, we found that PLOOH was elevated in the gpx-quad mutants compared with the wild-type during the reproductive period. Administration of vitamin E not only reduced the PLOOH content but also prolonged the lifespan of the gpx-quad mutants. In contrast, vitamin C did not extend the lifespan of the gpx-quad mutants. Interestingly, we found that the inhibition of lipid peroxidation by vitamin E during 5 to 10 days after hatching is important to extend the lifespan of C. elegans. These results suggest that production of PLOOH during the reproductive period strongly influences the lifespan of C. elegans.

“The basic function of vitamin E is that of being antioxidant and anti-inflammatory. For example, when one sustains a sunburn on the skin, the presence of gamma-tocopherol essentially blocks the production of inflammatory chemicals like prostaglandins which exacerbate and worsen the sunburn reaction. In a sense, it offers the skin tissue protection from oxidative stress,” says Dr Teo Wan Lin, founder and medical director of TWL Specialist Skin & Laser Centre. Fipronil (FIP) is a highly effective, broad-use insecticide that belongs to the phenylpyrazole chemical group. It is extensively used in the agriculture and veterinary medicine for controlling a wide variety of pests. Though FIP showed lower toxicity in vertebrates than in insects, it was recognized to have a variety of toxic effects in mammals. The present study was undertaken to evaluate FIP-induced alterations in the blood biochemical markers and oxidative stress parameters in male albino mice via oral sub-acute toxicity exposure. The possible ameliorative effect of the pretreatment with selenium plus α-tocopherol (vitamin E) against the harmful effects of FIP was also investigated. Mice in FIP-test groups were exposed to different sublethal doses, i.e., 1.43, 2.87, and 4.78 mg active ingredient (AI)/kg body weight (b.w.), equal to 1/100, 1/50, and 1/30 LD50 of FIP, respectively, for 28 days. Mice in the amelioration groups were orally administered with selenium + vitamin E (0.3 mg + 22.5 mg/kg b.w., respectively) 14 days prior to exposure to the higher dose (4.78 mg/kg) of FIP for another 14 days. Fipronil exposure at medium and high doses showed lowered values of red blood cell count (RBC), hematocrit (HCT), hemoglobin (HGB), white blood cell (WBC), and platelet (PLT) counts after 28-day exposure, compared to the control. All three doses caused significant increases in levels of liver-function biomarkers, i.e., aspartate amino transaminase (AST), alanine amino transaminase (ALT), alkaline phosphatase (ALP), cholesterol, and bilirubin levels compared to the control. Levels of biomarkers related to kidney functions, i.e., urea, uric acid, and creatinine, increased significantly than these of the control. Likewise, the oxidative stress indices, i.e., hydrogen peroxide (H2O2) and malondialdehyde (MDA), significantly increased at the higher and medium doses, while antioxidant enzymes, catalase (CAT) and superoxide dismutase (SOD), decreased significantly. On the other hand, prior administration of selenium + vitamin E in the FIP-exposed mice led to restore values of most hematological parameters nearly to these of the control. Also, the levels of AST, total protein, and creatinine seemed to be restored to the control values. Interestingly, pretreatment with selenium + vitamin E restored the levels of antioxidant enzymes, CAT and SOD, to the control values, whereas, oxidative stress indices, H2O2 and MDA, remained significantly high. It is our thought that the sublethal dose less than 1.43 mg/kg b.w. of commercial formulation of FIP (COACH® 200 SC) could be considered as no-observed-adverse-effect-level(NOAEL) under our present experimental conditions at short-term toxicity study. On the other hand, the higher sublethal doses, 4.78 and 2.87 mg/kg b.w., induced significant adverse effects in biomarkers and may be deleterious to human health following long-term exposure.

In the present study, modified extraction methods using supercritical CO2 were investigated in order to obtain high-added value compounds from rapeseed oil deodorizer distillate and comparisons were done with modified Soxhlet extraction (solvent extraction + silica). For supercritical fluid extraction (SFE), the optimal extraction parameters were temperature of 40 °C, pressure of 350 bar (for phytosterols), 400 bar (for tocopherol), 5 wt% ethanol as co-solvent, and saponification pretreatment. The optimized SFE procedure led to the recovery of three main phytosterols (50 wt % β-sitosterol, 23.91 wt % Brassicasterol, and 36.25 wt % Campesterol) and only α-tocopherol. Moreover, there was no synergistic effect with saponification pretreatment + co-solvent and the efficiency and concentration of target compounds were less than supercritical CO2 + co-solvent. Also, comparative Data showed that the efficiency of phytosterols and tocopherols was approximately three times higher (p < 0.05) in SFE relative to modified Soxhlet extraction. Furthermore, the use of ethanol (5 wt %) as co-solvent, improved phytosterols and tocopherol efficiency and purity. The SFE technique offers various advantages over the modified Soxhlet extraction technique, including increasing the solubility of tocopherols and sterols by using CO2+ co-solvent, minimized usage of toxic organic solvents and increased purity of extracted products.

Micronutrients essential to fight infection include vitamins A, B, C, D, and E, and the minerals iron, selenium, and zinc. Here’s what we know about how these nutrients support our immune system and the foods we can eat to get them. 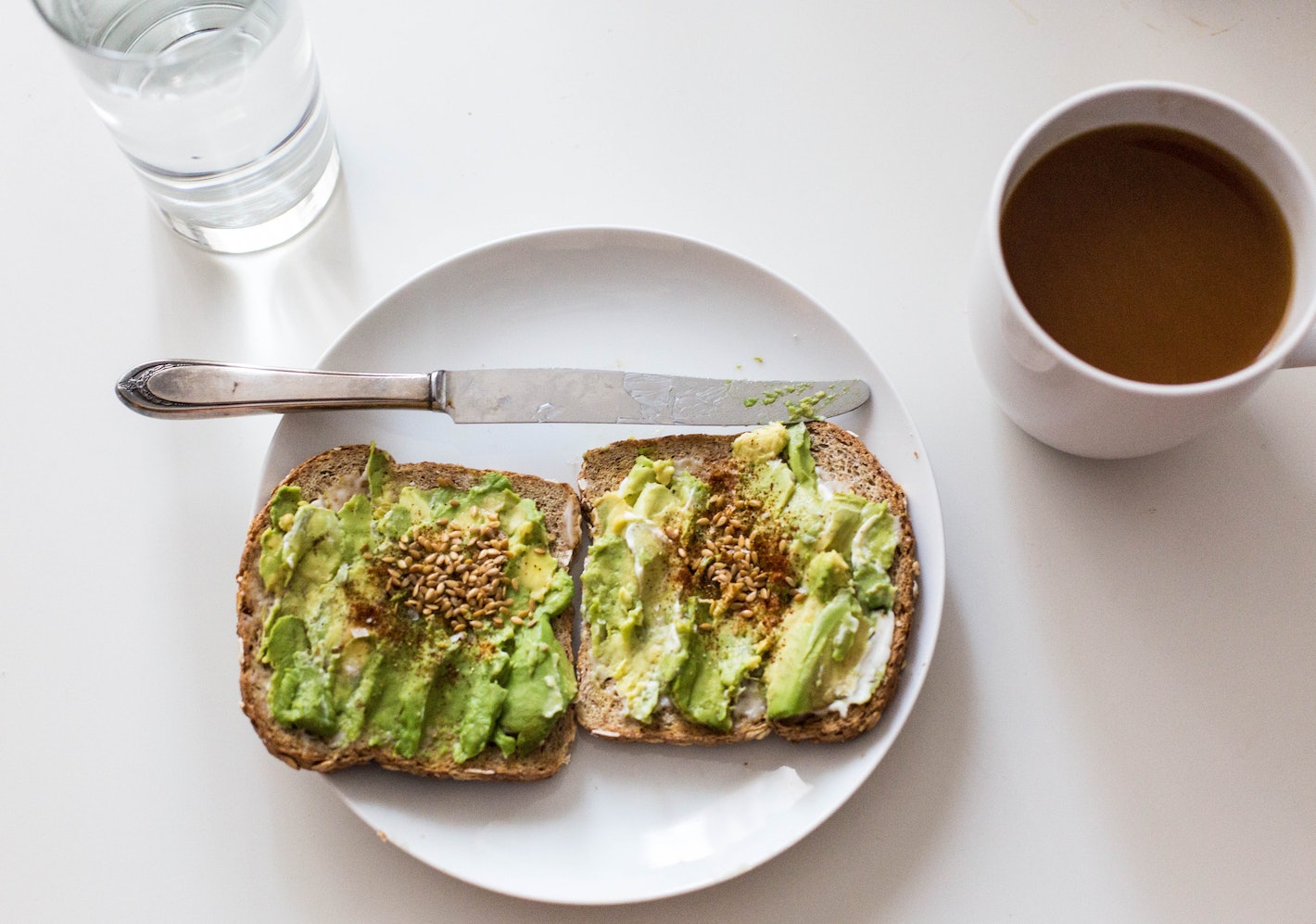